The NSW Budget Statement (released on 20 June 2017) has provided further details on how the increased stamp duty and land tax surcharges will affect foreign owned developers.

To recap, on 1 June 2017, the NSW Government announced its intention to increase the surcharges as such: 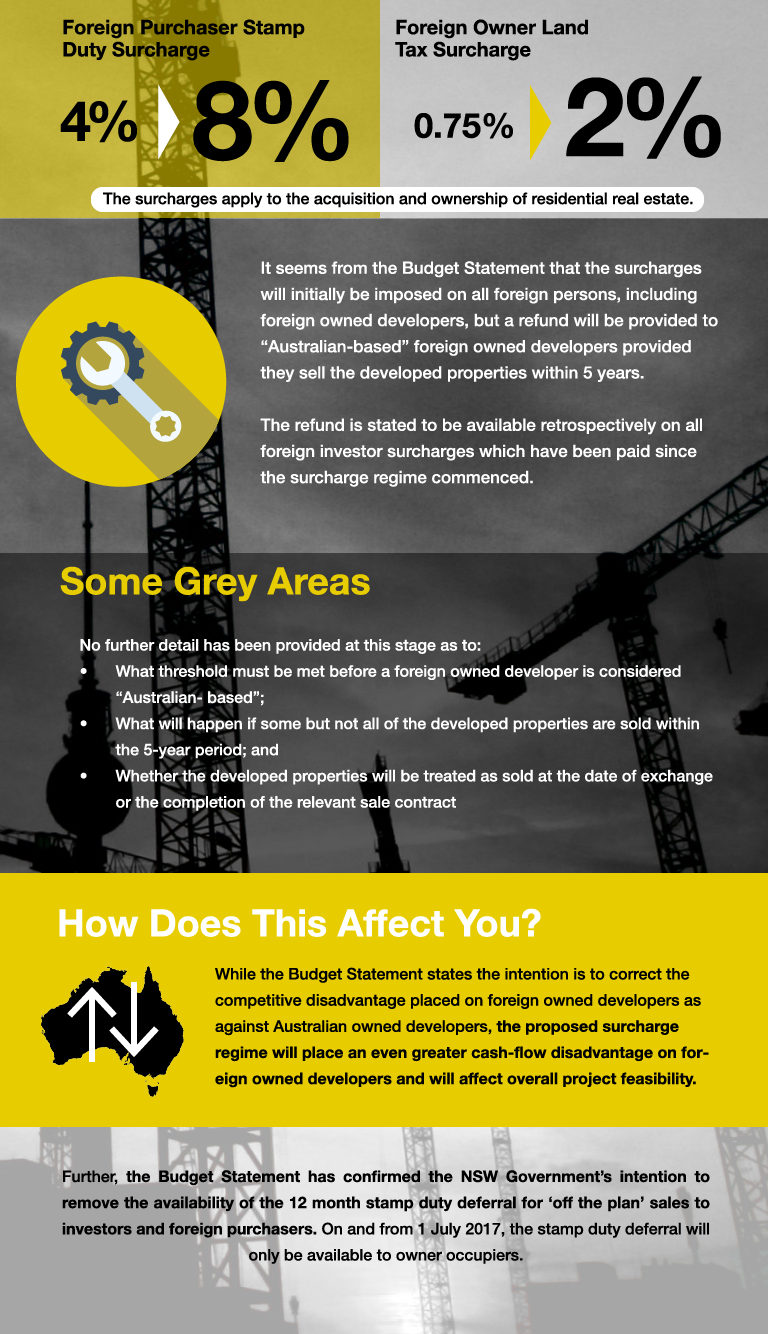